The past few years’ browser focus on speed has been great for us and our users. We’ve seen a huge and dramatic performance boost on benchmarks like Sunspider, Kraken, and Octane. But, these benchmarks, often crafted by JavaScript VM engineers, test raw JavaScript performance, which is rarely the bottleneck we have in our apps.

These days, our performance bottlenecks are oftentimes DOM, <canvas> API methods, SVG. Those are our priorities. So then why do we see all browser vendors competing on raw JS when we are hacking our way around to avoid the actual performance pain points? So we wanted to solve that with RoboHornet.

Today, a cross-vendor collection of developers, led by Google, is open-sourcing RoboHornet. As project lead Alex Komoroske put it, “it’s a living, dynamic benchmark that aims to use the collective efforts of the web development community and ultimately get browser vendors to fix real-world performance pain points.” Let’s look at how RoboHornet will hopefully flip the above situation on its head. 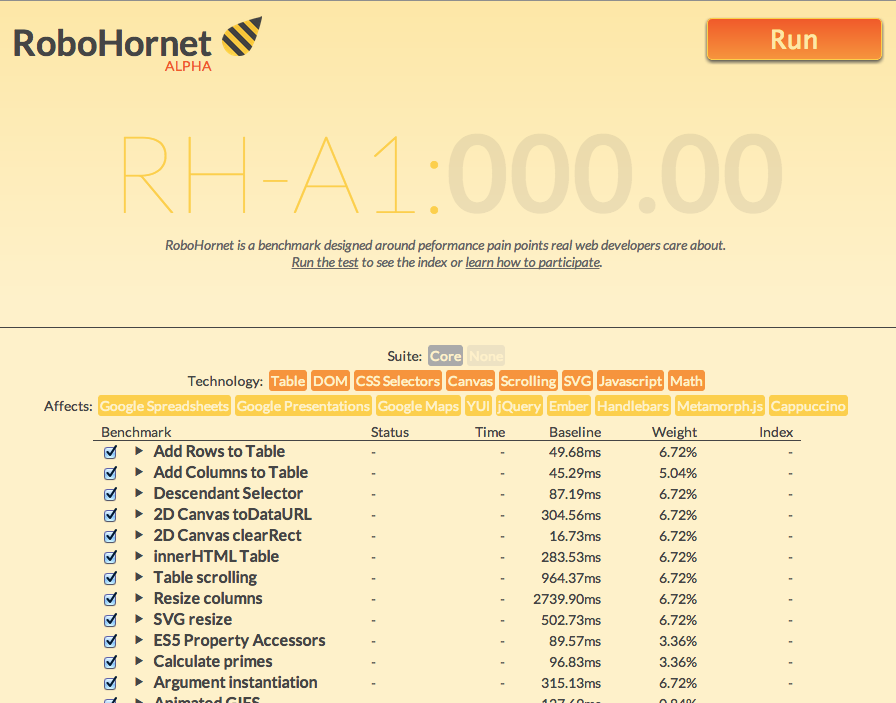 What’s in there now

You can vote on and review incoming tests in the issue tracker.

The project is still in alpha and we’d love to get your involvement to better represent everyone. We’re using Benchmark.js internally, as its experience on jsPerf has proven it a trustworthy and reliable benchmark harness.

While you’re at it, go check out the full review of RoboHornet at Tom’s Hardware 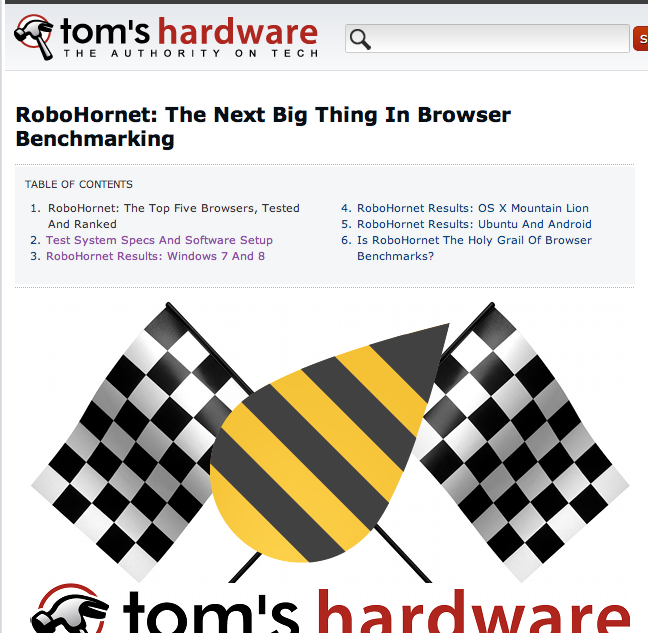